Are you looking for the latest Snapchat statistics and trends?

Maybe you’re considering whether or not to include Snapchat in your social media strategy. Or you’re looking for trends so you can adjust your existing strategy for the platform.

Either way – I’ve got you covered.

In this post, you will find all the latest Snapchat statistics and trends that you need to know.

These are our most interesting statistics about Snapchat:

First, let’s take a look at some statistics that show how many people use Snapchat across the world, and how often they use it.

In the second quarter of 2021, over 293 million users accessed Snapchat every day. That figure is up from 280 million the year before and has been increasing steadily since the start of 2019, at which point Snapchat had just 190 million daily active users.

Before 2019, Snapchat’s user base had been in a slow decline, but the growth in users over the last 2 years suggests the platform may be in the midst of a resurgence in popularity.

2. Snapchat is the 6th most popular messaging app…

Snapchat has almost twice as many monthly active users (MAUs) as daily active users (DAUs). 514 million people use Snapchat each month, which makes it the sixth most popular messaging app in the world.

3. …And the 12th most popular social media platform

4. Snapchat users open the app around 30 times every day

Snapchat users seem to be pretty active when it comes to interacting with the app. They don’t just open it once or twice, but rather keep checking in throughout their day. According to a recent financial report, the average Snapchat user opened the app over 30 times per day in the second quarter of 2020.

5. Over 210 million Snaps are created every day

Snaps are photos you send through the app to your friends. Unlike other messaging apps, Snaps are a core premise of Snapchat, so it’s not that surprising that users open the camera over 20 times and create over 210 million of them per day. That works out as around 2 Snaps for every 3 daily Snapchat users.

6. 57% of Android Snapchat users access the app on a daily basis

More than half of Snapchatters in the US open the photo sharing app on a daily basis, compared to 79% which open it at least once per month. While 57% is still the majority, this stat still shows that the Snapchat user base might not be quite as active as other messaging apps.

Want to know more about exactly who is using Snapchat? Check out these Snapchat statistics relating to user demographics.

…while only 43.9% are male. This refers specifically to users in the US. Clearly, Snapchat is more popular amongst a female audience. Interestingly, this gender split is in contrast to both Facebook Messenger and WhatsApp, which have more active male than female users.

As I mentioned earlier, Snapchat is particularly popular amongst younger consumers – and this stat proves it. The largest individual user group segmented by age and gender is females aged 13 to 17, which make up 11.9% of Snapchat’s total users.

However, the largest age group across genders is actually 25-34-year-olds, which make up 22.3% of the total user base. However, as we enter older age groups, those figures start to decline sharply. Only 3.5% of those over age 50 use Snapchat.

9. The US is home to around 105 million Snapchat users

This makes the US the country with the most Snapchat users. India comes in a close second place, with over 99.8 million Snapchat users. However, given that India has a population more than four times as large as the US, it still doesn’t come close in terms of market penetration.

No other country comes close to the US and India. France ranks a distant third with 23.4 million users.

Snapchat can be a fantastic marketing channel for businesses that are looking to generate leads, build awareness, and increase their revenue. This is especially true if you’re targeting a younger audience. However, despite its potential, Snapchat is still underutilized by many marketers.

If you want to incorporate the messaging app into your social media strategy this year, here are some Snapchat statistics you should know.

According to the latest figures, Snapchat makes a sizable amount of ad revenue every year. In 2021, Snapchat’s ad revenue is expected to reach $2.62 billion. This is a huge increase from previous years’ figures. In 2019, for example, the ad revenue for the platform stood at around $1.5 billion.

11. Snapchatters are 45% more likely to mention a brand online after making a purchase

If you’re keen to build brand awareness on social media, Snapchat could be a good place to start. According to statistics published by Snapchat, users on the app are 45% more likely to mention brands after making purchases than they are on any other app. Snapchatters are keen to share their purchases with their followers, which is great news for brands.

If you have a predominantly young target audience made up of Gen Z’s or Millennials, you can’t go wrong with using Snapchat for marketing. According to Snapchat for business, the app reaches around 3/4 of all internet users in this age group.

13. It only takes between 0 and 2 seconds to reach GenZ’s on Snapchat with an ad

GenZ’s are particularly receptive when it comes to viewing and recalling ads that they’ve seen online.

On average, 55% of Genz’s can recall an ad after watching it for only a couple of seconds. Since a good percentage of Snapchat users fall into this age range, it makes the app a powerful tool for marketers.

If you’re thinking about running a Snapchat ad campaign, it’s a good idea to do it during the holiday season. Since a good proportion of Snapchat’s users are either in school or college, usage jumps significantly during holiday seasons like Christmas. Users spend approximately 280 million more hours on Snapchat at these times than the rest of the year.

Like most social platforms, Snapchat is a hub for influencers and influencer marketing. Here are some Snapchat statistics relating to influencer activity on the app.

15. Kylie Jenner is the most followed Snapchat creator

This will come as no surprise to many, as Kylie Jenner is one of the most-followed people on nearly every platform in the world.

The star has 36.5 million subscribers (at the time of writing). However, the star reportedly has a rough relationship with the app and tweeted that she ‘never opens Snapchat anymore’. As a result of this comment, Snapchats stocks fell by 6%, which is estimated to have cost them over $1.3 billion.

16. Snapchat only began allowing influencers to get verified status in 2017…

The app was founded in 2011, but for a long time, only celebrities and musicians like Kylie Jenner or Rihanna could get verified on the platform. The app creators took a whole 6 years to recognize the importance of verification for social media influencers and only began allowing it in 2017.

17. …and only started providing them with analytics functions in 2018

It also took Snapchat a while to realize that influencers needed access to analytics in order to fully utilize the platform. It took until 2018 for Snapchat to introduce an analytics function that influencers could use to track views and engagement for their posts.

18. Snapchat influencers get paid roughly $10 per 1000 followers for sponsored posts

Despite being slow on the uptake of influencer activity, Snapchat is now becoming a place where influencers can do business and thrive.

According to estimations by WebFX, the average influencers on Snapchat charge on average $10/1000 followers for sponsored brand content. That means that Kylie Jenner, for example, would charge around $365,000 per post. However, a megastar like her would most likely charge significantly more.

Snapchat is growing in popularity, and the company continues to innovate to offer new features to its users. Here are some Snapchat statistics that tell us more about how Snapchatters are using the platform, and how it’s changing.

Snapchat is expanding its functionality to take its place as more than just a messaging app. One of the functions that is proving increasingly popular is ‘Shows’. According to official Snapchat statistics, usage of this function increased by almost half in 2020. As the company continues to invest in this function, usage is expected to continue growing.

One of the most popular features of Snapchat is its augmented reality filters. Snapchatters use them daily to create funny snaps including everything from animated dog faces that lick the screen to TV characters like Cartman from South Park.

It’s safe to say that users really love this feature, and the filters were used 180 million times in 2020.

In an effort to expand its user base and functionality, Snapchat recently released the Discover feature on the platform. Discover acts as a newsfeed, where you can find headlines from major news outlets like the Wall Street Journal, ESPN, and more.

This feature is proving particularly popular with users over 35%, and usage by this group grew by 40% in 2020. This is great news for Snapchat, as this age group had previously proved one of the hardest for the app to reach.

That wraps up our roundup of Snapchat stats and trends you need to know. As you can see, Snapchat is constantly growing and evolving and is fast becoming one of the main social media platforms for users and businesses.

But will this time-based social messaging app be a good fit for your own social strategy? That’s a question that only you can answer.

With these statistics, you’ll be able to make data-driven decisions and optimize your strategy accordingly.

If you’d like to learn more about other popular social media platforms, check out some of the posts below:

Alternatively, for a more top-level look at statistics, check out our posts on social media stats and content marketing stats. 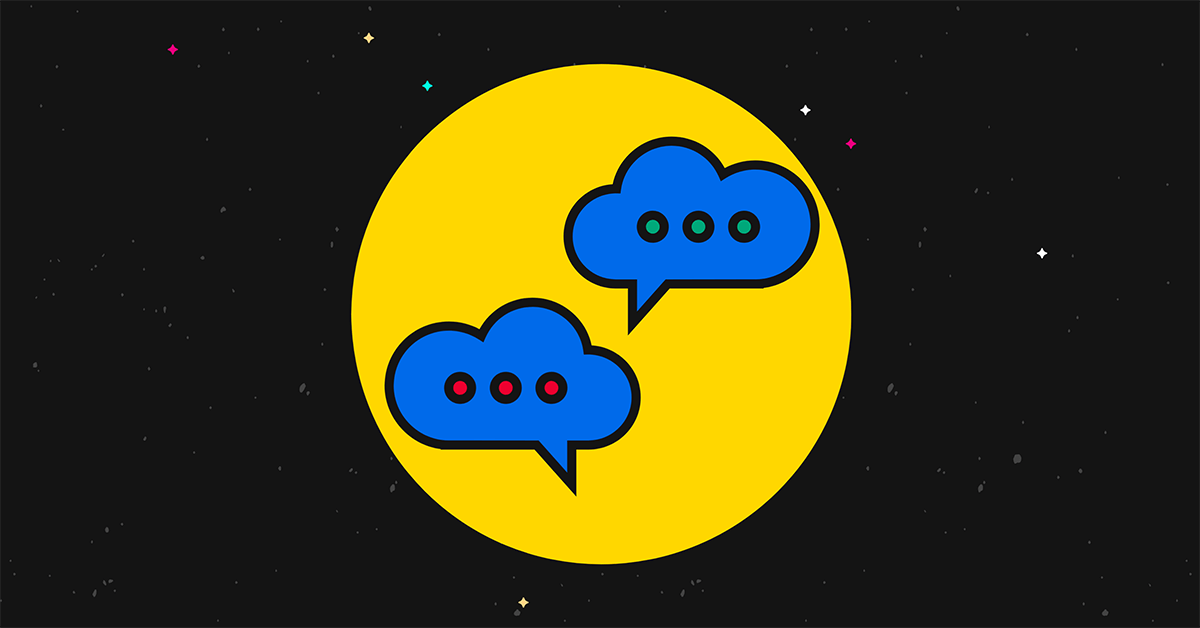 Adam is one of the top 50 content marketers in the world, according to BuzzSumo. He built his first website at the age of 12. Since then, he’s run a marketing agency, managed content marketing campaigns for 8 figure brands and grown Blogging Wizard to over 2 million yearly visitors. Subscribe to get his best tips.